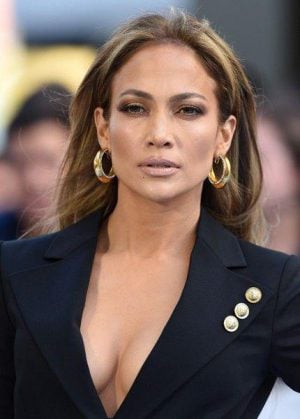 Jennifer is alive and kicking and is currently 52 years old.
Please ignore rumors and hoaxes.
If you have any unfortunate news that this page should be update with, please let us know using this .

Does Jennifer Lopez Have the coronavirus?

Jennifer Lynn Lopez was born in the Castle Hill section of the South Bronx on July 24, 1969. She is the middle of three musically-inclined sisters, Leslie Lopez, a homemaker, and Lynda Lopez, a DJ on New York's WKTU, a VH1 VJ, and a morning news show correspondent on New York's Channel 11. Jennifer always dreamed of being a multi-tasking superstar. Jennifer's parents, Guadalupe Rodriguez and David Lopez, were both born in Ponce, Puerto Rico, the second largest Puerto Rican city. The two were then brought to the continental United States during their childhoods and, eventually, met while living in New York City.
Lopez's personal life has attracted widespread media attention. From February 22, 1997, to January 1998, she was married to Cuban waiter Ojani Noa. Since their brief marriage, Lopez has endured many legal troubles regarding her relationship with Noa.

While working on her first album, On the 6, Lopez began dating record producer and rapper Sean Combs. On December 27, 1999, the couple was arrested along with two others in connection with a shooting outside the Times Square Club in New York. They were charged with criminal possession of a weapon as well as stolen property. Lopez was soon exonerated, having had nothing to do with the crime. However, Combs was charged and indicted by a Manhattan grand jury. After leaving Combs, Lopez developed a relationship with former back-up dancer Cris Judd, to whom she was married from September 29, 2001, to June 2002. Following her second divorce due to irreconcilable differences, she commenced a high-profile relationship with actor and director Ben Affleck, to whom she became engaged in November 2002. The media began to refer to them as "Bennifer", and they became a prominent supercouple in the media and popular culture.
Following her break-up with Affleck in January 2004, Lopez began dating her longtime friend, Marc Anthony. The couple wed that June, and lived in Brookville, New York. In July 2011, the couple announced their split, with Anthony filing for divorce in April 2012. Their divorce was finalized on June 16, 2014, with Lopez retaining primary physical custody of the two children.
In February 2017, she began dating former New York Yankees baseball player Alex Rodriguez.