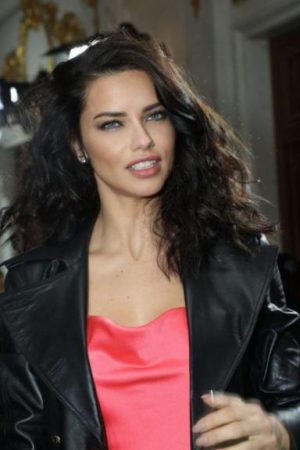 Adriana is alive and kicking and is currently 41 years old.
Please ignore rumors and hoaxes.
If you have any unfortunate news that this page should be update with, please let us know using this .

Does Adriana Lima Have the coronavirus?

Adriana Lima is a Brazilian model and actress, best known as a Victoria's Secret Angel since 1999, as a spokesmodel for Maybelline cosmetics since 2003 and for her Super Bowl and Kia Motors commercials. At the age of 15, Lima won Ford's "Supermodel of Brazil" competition, and took second place the following year in the Ford "Supermodel of the World" competition before signing with Elite Model Management in New York City.
In 2004, she was part of the five Angels promoting Victoria's Secret nationwide in the so-called "Angels Across America"-Tour alongside Tyra Banks, Heidi Klum, Gisele Bündchen and Alessandra Ambrosio. She missed the 2009 show due to her pregnancy. Lima has appeared on several television ads for the brand, including the praised and criticized "Angel in Venice" commercial of 2003 with Bob Dylan.

After nine months of dating, Lima became engaged to Serbian NBA player Marko Jarić in June 2008. The couple married on St. Valentine's Day 2009 in Jackson Hole, Wyoming. In May 2009, it was reported that Lima had applied for Serbian citizenship, but it was never granted to her. Jarić and Lima have two daughters. On 2 May 2014, Lima and Jarić announced their separation after five years of marriage. The divorce was finalized in March 2016.