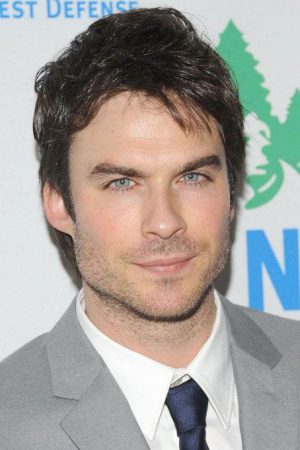 Ian is alive and kicking and is currently 43 years old.
Please ignore rumors and hoaxes.
If you have any unfortunate news that this page should be update with, please let us know using this .

Does Ian Somerhalder Have the coronavirus?

Ian Joseph Somerhalder is an American actor, model and director. He is known for playing Boone Carlyle in the TV drama Lost and Damon Salvatore in The CW's supernatural drama The Vampire Diaries.
Somerhalder dated his The Vampire Diaries co-star Nina Dobrev from 2010 to 2013. In mid-2014, Somerhalder began dating actress Nikki Reed. They confirmed their engagement in February 2015 and married on April 26, 2015, in Malibu, California. On May 2, 2017, the couple announced they were expecting a child. They welcomed their child, a daughter, Bodhi Soleil, on July 25, 2017.

In 2004, Somerhalder scored his breakthrough role when he played Boone Carlyle in the hit TV show Lost. Despite his character's death in the twentieth episode of the first season, Somerhalder returned to the role of Boone for seven more episodes between 2005 and 2010, including the series finale. Somerhalder was one of the first actors to be cast in a role for the series and the first major character to die.
Somerhalder was involved in the cleanup after the Deepwater Horizon oil drilling disaster on April 22, 2010. His efforts included cleaning of oiled wildlife and taping public service announcements to let the public know how they could help. Somerhalder also supports the St. Tammany Humane Society, an organization for animal shelter and welfare. On November 13, 2010, he hosted a Bash on the Bayou charity fundraiser for the Society. During the event, Somerhalder was presented with a donation of $11,100 by The Vampire Diaries fandom for his birthday project.