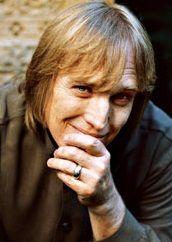 Thomas passed away on October 2, 2017 at the age of 66 in Santa Monica, California, USA. Thomas's cause of death was cardiac arrest.

Tom Petty was born on October 20, 1950 in Gainesville, Florida, USA as Thomas Earl Petty. He was married to Dana York and Jane Ann Benyo. He died on October 2, 2017 in Santa Monica, California, USA.
Petty married Jane Benyo in 1974, and they divorced in 1996. Benyo disclosed to Stevie Nicks that she had met Petty at "the age of seventeen." Nicks misheard Benyo, leading to Nicks' song "Edge of Seventeen". Petty and Benyo had two daughters: Adria, a director, and AnnaKim, an artist. In 2015, Petty publicly disclosed that he had struggled with heroin addiction following the end of his first marriage. Petty married Dana York on June 3, 2001, and had a stepson, Dylan, from York's earlier marriage.

In May 1987, an arsonist set fire to Petty's house in Encino, California. Firefighters were able to salvage the basement recording studio and the original tapes stored there, as well as his Gibson Dove acoustic guitar. His signature gray top hat, however, was destroyed. Petty later rebuilt the house with fire-resistant materials.
Petty spoke in 2014 of the benefits from his practice of Transcendental Meditation.
Petty was found unconscious at his home, not breathing and in full cardiac arrest, early in the morning of October 2, 2017. He was taken to the UCLA Medical Center in Santa Monica, California, where he died at 8:40 pm PDT that evening.
After reports of Petty's hospitalization, premature reports of his death spread quickly and widely, and without official denial or confirmation, continued throughout the day until the band's management issued official confirmation shortly after Petty's actual death Monday evening. While the official announcement said Petty collapsed early Monday morning, original reports claimed the incident happened Sunday night.
Petty's funeral took place at Westwood Village Memorial Park Cemetery on October 16, 2017.
On January 19, 2018, the Los Angeles County Department of Medical Examiner-Coroner announced that Petty had died from an accidental overdose of prescription pain medication, and that the autopsy had found a number of drugs in his system: fentanyl, oxycodone, acetylfentanyl and despropionyl fentanyl (all opioids, two illegal fentanyl analogs); temazepam and alprazolam (both sedatives); and citalopram (an antidepressant). In a statement on his official website, Petty's family revealed that he had suffered from multiple medical problems; those medical problems included emphysema, knee difficulties, and a hip fracture that occurred on Petty's final tour. Petty was prescribed pain medication for these issues. The statement, which was signed by Petty's wife Dana and daughter Adria, noted that Petty was informed on the day of his death that his fractured hip had graduated to a full break; the statement read, in part, that " is our feeling that the pain was simply unbearable and was the cause for his over use of medication. We feel confident that this was, as the coroner found, an unfortunate accident."