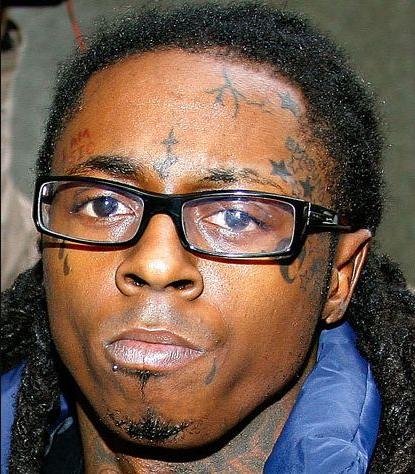 Dwayne is alive and kicking and is currently 39 years old.
Please ignore rumors and hoaxes.
If you have any unfortunate news that this page should be update with, please let us know using this .

Does Lil' Wayne Have the coronavirus?

Dwayne Michael Carter, Jr. (born September 27, 1982), known professionally as Lil Wayne, is an American hip hop recording artist. In 1991, at the age of nine, Lil Wayne joined Cash Money Records as the youngest member of the label, and half of the duo The B.G.'z, alongside fellow New Orleans-based rapper Lil' Doogie. In 1996, Lil Wayne joined the southern hip hop group Hot Boys, with his Cash Money label-mates Juvenile, Young Turk and Lil' Doogie (who now goes by B.G.). Hot Boys debuted with Get It How U Live!, that same year. Most of the group's success came with their platinum-selling album Guerrilla Warfare (1999) and the 1999 single "Bling Bling". Along with being the flagship artist of Cash Money Records, Lil Wayne is also the Chief Executive Officer (CEO) of his own label imprint, Young Money Entertainment, which he founded in 2005.
Lil Wayne has four children. His first child, daughter Reginae, was born when he was 16, to his high school sweetheart Antonia "Toya" Carter (née Johnson). They married on Valentine's Day 2004 and divorced in 2006. Internet rumors started circulating in August 2008 that Wayne's daughter had died in a car crash, which however he quickly cleared up as false saying "Please allow me to dispel any rumors or speculations and report that my daughter is alive, healthy and surrounded by family who cares and loves her dearly. The rumors are completely false and unfounded; neither Reginae nor any other member of my family has been involved in any car accident."

His second child, Dwayne III, was born on October 22, 2008, at The Christ Hospital in Cincinnati to radio broadcaster Sarah Vivan. His third child, Cameron Carter, was born to actress Lauren London on September 9, 2009. His fourth child, Neal, was born on November 30, 2009, to singer Nivea. Trina also became pregnant with Wayne's child, but later suffered a miscarriage.
In July 2014, it was rumored he was dating singer Christina Milian whom he attended the ESPY Awards with. They later confirmed their relationship in mid-2015 after which they received criticism from their interconnected exes, singer Nivea and songwriter The-Dream. They split at the end of 2015 after collaborating on various singles, videos, and concert dates.
On October 25, 2012, Lil Wayne's private jet, bound for Los Angeles, made an emergency landing in Texas due to an in-flight medical episode. Lil Wayne was transferred to a local hospital upon arrival. TMZ and other media sources claimed that Lil Wayne had suffered a seizure aboard the plane. His publicist denied this, claiming that he was in fact treated for "a severe migraine and dehydration."
The following day, while flying from Texas to Los Angeles, Lil Wayne's private jet was reportedly again forced to make an emergency landing, this time in Louisiana, after Lil Wayne suffered a second seizure and required further hospitalization. His representative claimed that the reports of Lil Wayne's condition had been exaggerated, and that he was resting at his Louisiana home. In a November 2012 interview with MTV, Lil Wayne revealed that he was taking seizure medication, on doctors' orders, due to the aforementioned incidents.
He had two seizures in June 2016, during a cross-country flight from Wisconsin to California, and landed in Omaha, Nebraska. His plane was only two minutes in air when the second seizure occurred and was forced to land in Omaha once again. Less than a month later, he had another seizure, supposedly due to not taking his epilepsy medication. Lil Wayne canceled a Las Vegas show on September 3, 2017, having had a seizure in a Chicago hospital earlier that day, where he was brought after being found unconscious in a hotel room.