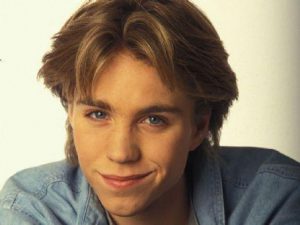 Jonathan passed away on November 12, 2003 at the age of 27 in Los Angeles, California, USA. Jonathan's cause of death was suicide by hanging.

Jonathan Brandis's mother, Mary, is still alive and kicking at the age of 4.

Born in Danbury, Connecticut, USA, to Greg and Mary, Jonathan Brandis began his career at age 5, acting in television commercials. He appeared in small parts in several films and TV shows before his first starring role in the 1990 film The NeverEnding Story II: The Next Chapter (1990). He starred in popular films such as Ladybugs (1992) and starred as Lucas Wolenczak in Steven Spielberg's television series Seaquest DSV (1993). He doubled up his high school courses so he could finish a year early for his role on SeaQuest.
Brandis was born in Danbury, Connecticut. He was the only child of Mary, a teacher and personal manager, and Gregory Brandis, a food distributor and firefighter. At the age of two, he began his career as a child model for Buster Brown shoes. At the age of four, Brandis began acting in television commercials. He attended Valley Professional School, graduating in 1993.

From 1995 to 1998, Brandis dated actress and singer Tatyana Ali. The then couple were featured in an article in People magazine in July 1995.
At 11:40 pm on November 11, 2003, Brandis hanged himself in the hallway of his Los Angeles apartment building. His body was discovered and paramedics were called to transport the actor to Cedars-Sinai Medical Center. Brandis died there at 2:44 am on November 12 from injuries he sustained from the hanging.
Brandis did not leave a suicide note. After his death, friends reported that he was depressed about his waning career, which had continued to decline in the final years of his life. He was also reportedly disappointed when his appearance in the 2002 war drama Hart's War, a role he had hoped would revive his career, was significantly reduced in the film's final cut. Brandis had begun drinking heavily and had said that he intended to kill himself.
Paul Petersen, a former child actor and president of A Minor Consideration, an organization that deals with issues affecting child actors, stated: "Speculations as to the underlying cause of this tragedy are exactly that: speculations. It serves no purpose to leap to conclusions for none of us will really know what led Jonathan to his decision to take his life."