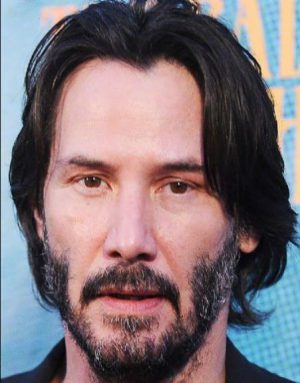 Keanu is alive and kicking and is currently 57 years old.
Please ignore rumors and hoaxes.
If you have any unfortunate news that this page should be update with, please let us know using this .

Does Keanu Reeves Have the coronavirus?

Keanu Charles Reeves is a Canadian actor, producer, and musician. Reeves is best known for his acting career, beginning in 1985 and spanning more than three decades. He gained fame for his starring role performances in several blockbuster films including comedies from the Bill and Ted franchise, action thrillers Point Break (1991), Speed (1994), and John Wick (2014) and its sequel, psychological thriller The Devil's Advocate (1997), the supernatural thriller Constantine (2005), and the science fiction-action trilogy The Matrix (1999-2003). He has also appeared in dramatic films such as Dangerous Liaisons (1988), My Own Private Idaho (1991), and Little Buddha (1993), as well as the romantic horror Bram Stoker's Dracula (1992).
On December 24, 1999, Reeves' girlfriend, Jennifer Syme, gave birth eight months into her pregnancy to Ava Archer Syme-Reeves, who was stillborn. The strain put on their relationship by their grief resulted in their breakup several weeks later. On April 2, 2001, Syme was driving alone on Los Angeles' Cahuenga Boulevard when she sideswiped three parked cars, rolled over several times, and was thrown from the car. Authorities believed she died instantly. She was reportedly being treated for depression and taking two prescription drugs, which police found in her car. Reeves, who was scheduled to begin shooting back-to-back Matrix sequels during the subsequent spring, sought "peace and time" to deal with the incident, according to his friend Bret Domrose, a guitarist in Reeves' alternative rock band Dogstar.

During his film career, Reeves has engaged in several forms of artistic expression. He is a musician and played bass guitar for the bands Dogstar and Becky. Acting onstage, he performed as Prince Hamlet for the Manitoba Theatre Centre's production of Hamlet. He wrote the text for a picture book, Ode to Happiness, illustrated by Alexandra Grant. He has also produced a documentary, Side by Side, and directed the martial arts film Man of Tai Chi.