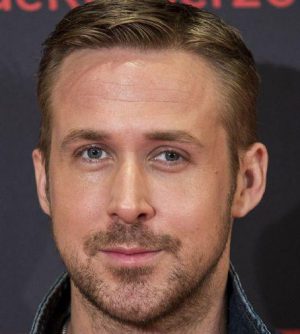 Ryan is alive and kicking and is currently 41 years old.
Please ignore rumors and hoaxes.
If you have any unfortunate news that this page should be update with, please let us know using this .

Does Ryan Gosling Have the coronavirus?

Ryan Thomas Gosling is a Canadian actor and musician. He began his career as a child star on the Disney Channel's The Mickey Mouse Club and went on to appear in other family entertainment programs including Are You Afraid of the Dark? (1995) and Goosebumps (1996). His first starring film role was as a Jewish neo-Nazi in The Believer (2001), and he went on to star in several independent films, including Murder by Numbers (2002), The Slaughter Rule (2002), and The United States of Leland (2003).
Greater success came to Gosling when he starred in five critically acclaimed films: the financial comedy-drama The Big Short (2015), the neo-noir black comedy The Nice Guys (2016), the musical romantic comedy-drama La La Land (2016), the neo-noir science fiction Blade Runner 2049 (2017), and the biopic First Man (2018). For La La Land (starring along with Emma Stone), he won the Golden Globe Award for Best Actor – Motion Picture Musical or Comedy, and received a second Oscar nomination.

Gosling dated his Murder by Numbers co-star Sandra Bullock from 2002 to 2003. Gosling dated his co-star from The Notebook, fellow Canadian Rachel McAdams, from mid‑2005 to mid‑2007, and they briefly reunited in 2008.
In September 2011, Gosling began dating his The Place Beyond the Pines co-star Eva Mendes. He has two daughters with Mendes, Esmeralda Amada Gosling (born September 12, 2014) and Amada Lee Gosling (born April 29, 2016).