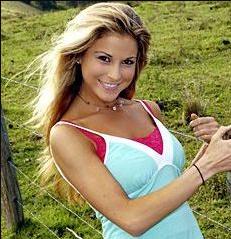 Diem passed away on November 14, 2014 at the age of 34 in New York City, New York. Diem's cause of death was ovarian cancer.

Brown dated fellow Challenge castmember Chris "CT" Tamburello for over a year and a half after meeting on The Duel in 2006. Brown credited Tamburello for playing a role in her remission recovery and giving her confidence. The couple competed on the same team on The Gauntlet III and were featured on the MTV documentary show MADE, on which Brown aspired to learn how to salsa dance to regain her confidence. Following their split, Brown and Tamburello competed on The Duel II as well as a team on Battle of the Exes and The Challenge: Battle of the Exes II — they were the runners-up in the final of the original Exes.
In June 2012, after six years of remission, Brown's ovarian cancer returned. She delayed treatment to harvest eggs before undergoing surgery to remove her ovary and receiving chemotherapy treatments. In an on-air interview with Brown, Dr. Drew Pinsky characterized the choice to delay treatment as "risky." In 2013, Brown's cancer once again went into remission. Brown ended chemotherapy in February 2013, and later competed in her seventh Challenge season, Rivals II, because she was told by doctors during her second bout with cancer that "seeing 2013 was not that likely." Brown and her rival partner Aneesa Ferreira finished in fourth place.
Brown was diagnosed with cancer for a third time in June 2014, but initially shared this information with only close friends. Two months later (August 2014), while filming her eighth and final Challenge competition, Battle of the Exes II in Panama, Brown collapsed on set, and was immediately airlifted to a New York hospital, where doctors performed emergency surgery. Though it was widely reported that she was diagnosed with colon cancer, Brown stated that her ovarian cancer had metastasized to her colon and stomach. Brown died on November 14, 2014. She spent her final hours in the company of friends and family.
Shortly after her death, it was revealed that Brown's age had been misrepresented to the public. Her family supported the false information by including an incorrect age on programs distributed at her funeral, but later her sister was quoted in a People magazine article about the true facts as saying that Brown had felt that many years of her life were taken from her due to cancer and treatments, and that deducting two years was a response to those circumstances. Some media headlines and reports corrected her reported age at the time of her death in response to the later information.