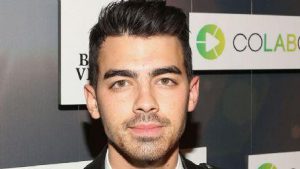 Joseph is alive and kicking and is currently 32 years old.
Please ignore rumors and hoaxes.
If you have any unfortunate news that this page should be update with, please let us know using this .

Does Joe Jonas Have the coronavirus?

Joe Jonas's mother, Denise Jonas, is still alive and kicking at the age of 55. She is American and has had a career as a tv personality.

Joseph Adam "Joe" Jonas is an American singer and actor. Jonas first rose to fame as a member of the pop-rock band Jonas Brothers, along with his brothers Kevin and Nick. The band's debut album, It's About Time, was a commercial failure following a limited release. The group signed with Hollywood Records, and in 2007 released their eponymous second studio album. The album went on to be a commercial success for the group, selling over two million copies in the United States alone. The group became heavily involved with the Disney Channel, and later made their film debut in the Disney Channel Original Movie Camp Rock (2008). The film, and its soundtrack, became a major hit for the network, and helped propel the brothers into further commercial success.
Their third studio album, A Little Bit Longer (2008), became their first to top the Billboard 200, and went on to become their highest selling album to date. The album's lead single became a top five hit in the United States. Their fourth studio album, Lines, Vines and Trying Times (2009) became their second to top the charts in the United States. The brothers also starred in two of their Disney Channel series from 2009 to 2010, being JONAS L.A. and Jonas Brothers: Living the Dream. In 2010, the group starred in Camp Rock 2: The Final Jam, reprising their roles from the original film.

Jonas dated Taylor Swift for three months in 2008. Jonas dated actress Camilla Belle, who appeared in the Jonas Brothers' "Lovebug" music video, for a few months between late 2008 and mid–2009. Jonas was romantically linked to Camp Rock co-star Demi Lovato for several years, but Lovato revealed years later that they only dated for "a month or two" in 2010. Jonas started dating actress Sophie Turner in 2016, getting engaged to her in October 2017.