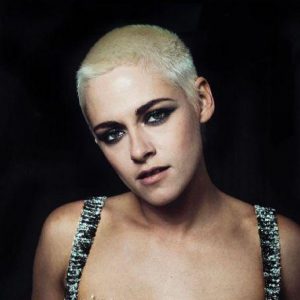 Kristen is alive and kicking and is currently 32 years old.
Please ignore rumors and hoaxes.
If you have any unfortunate news that this page should be update with, please let us know using this .

Does Kristen Stewart Have the coronavirus?

Kristen Stewart's father, John Stewart, died on January 18, 2008 as he was 68 years old. His cause of death was stroke.

Kristen Jaymes Stewart is an American actress and model. Born in Los Angeles to parents working in show business, Stewart began her acting career in 1999 with uncredited roles and a minor character appearance in several films. She gained notice in 2002 for playing Jodie Foster's daughter in the thriller Panic Room, which garnered her a Young Artist Award nomination for Best Leading Actress in a Feature Film. She went on to star in Speak, Catch That Kid, Zathura (2005), and Into The Wild (2007), for which she was nominated for a Screen Actors Guild Award. She received widespread recognition in 2008 for playing Bella Swan in The Twilight Saga film series (2008-12), which grossed over $3.3 billion worldwide.
Stewart lives in Los Angeles. She previously dated her Speak co-star Michael Angarano. She then dated her Twilight co-star Robert Pattinson, but they broke up in July 2012 after she was photographed in an intimate embrace with her Snow White and the Huntsman director Rupert Sanders. Sanders, who was 19 years older than Stewart and married at the time, issued a public apology for the affair, as did Stewart.

She later dated visual effects producer Alicia Cargile, French singer Soko, and musician Annie Clark, known professionally as St. Vincent. From late 2016, she had been dating New Zealand model Stella Maxwell until their breakup in December 2018.
In 2016 Stewart became the youngest actress to be an honoree at the New York Film Festival. In the same year, Stewart was also an honoree at Elle's Women in Hollywood Awards alongside Amy Adams, Felicity Jones, Anna Kendrick, Aja Naomi King, Helen Mirren, and Lupita Nyong'o.
In her February 2017 appearance on Saturday Night Live, Stewart described herself as "so gay", and in an interview with The Guardian she clarified that she was bisexual, saying, "You're not confused if you're bisexual. It's not confusing at all. For me, it's quite the opposite." Similarly in an interview with Harper's Bazaar in August 2017, Stewart stated that she was open to dating men again, saying, "I want to try everything".