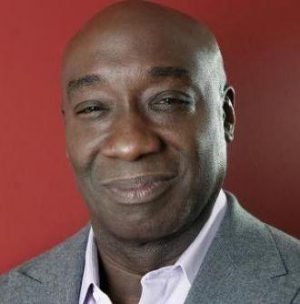 Michael passed away on September 3, 2012 at the age of 54 in Los Angeles, California, United States. Michael's cause of death was cardiac arrest.

Michael Clarke Duncan was born on December 10, 1957 in Chicago, Illinois. Raised by his single mother, Jean, a house cleaner, on Chicago's South Side, Duncan grew up resisting drugs and alcohol, instead concentrating on school. He wanted to play football in high school, but his mother wouldn't let him, afraid that he would get hurt. He then turned to acting, dreaming of becoming a famous actor.
At the time of his death, Duncan was engaged to reality television personality Omarosa Manigault.

In 2013, Manigault appeared in the cast of The All-Star Celebrity Apprentice and played in Duncan's honor for his favorite charity and one he had benefited from himself, the Sue Duncan Children's Center. In episode 2 of the season, Manigault won $40,000 for the charity.
On July 13, 2012, Duncan was taken to Cedars Sinai Medical Center after suffering a heart attack. Media reports suggested that his girlfriend, Omarosa Manigault, had tried to save his life by performing CPR. Duncan's publicist, Joy Fehily, issued a statement on August 6 that read he was moved from the intensive-care unit but remained hospitalized following his heart attack. On September 3, Duncan died in Los Angeles. Celebrations of Duncan's life were scheduled for a later date.