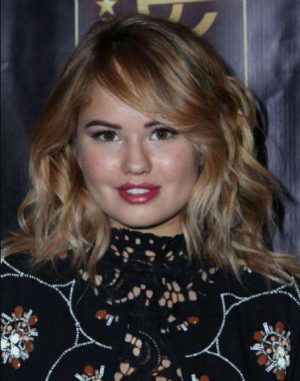 Deborah is alive and kicking and is currently 29 years old.
Please ignore rumors and hoaxes.
If you have any unfortunate news that this page should be update with, please let us know using this .

Does Debby Ryan Have the coronavirus?

Deborah Ann "Debby" Ryan is an American actress, director, and singer. Ryan is known for starring as Jessie Prescott in the Disney Channel Original Series Jessie and as Bailey Pickett in Disney Channel's The Suite Life on Deck. Ryan also appeared in the independent theatrical film What If... (2010).
In a 2009 People interview, Ryan stated that her Suite Life co-star, Brenda Song, is her acting idol. In a March 2009 interview, Ryan revealed she also looks up to Meryl Streep, calling Streep "so profoundly thought-provoking and life-changing". She has said that her other role models include Anne Hathaway, Rachel McAdams, and Tobey Maguire. When asked about musical tastes, she said, "I love jazz! I love singing it. I also love country! My brother loves rock; he also has this chill Jason Mraz-like style. So basically, my answer is: jazz-country-rock-alternative? I have no idea! But I honestly would love to make country music".

Ryan was in a relationship with Twenty One Pilots drummer Josh Dun from May 2013 to September 2014. In a March 10, 2015 Teen Vogue interview, she revealed that her relationship with Dun was good, but she had been in an abusive relationship with someone else. She described that relationship as professional rather than romantic, but said "it was such emotional manipulation to the point where it became physical." In the interview, she stated that she decided to partner with Mary Kay and Love is Respect for their anti-domestic-violence campaign "Don't Look Away." Ryan is quoted as saying, "The second someone puts their hand on you, a boundary has been crossed." On December 23, 2018, Dun announced their engagement on his Instagram account.
In April 2016, Ryan was arrested for driving under the influence. Initially, she was charged with felony DUI, but it was later reduced to two misdemeanors. She was released after posting $100,000 bail. On June 30, 2016, she pleaded no contest to reckless driving and was sentenced to three years of probation, community service, and a DUI program.