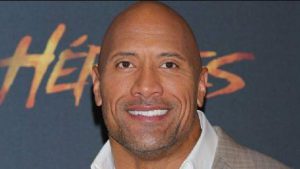 Dwayne is alive and kicking and is currently 50 years old.
Please ignore rumors and hoaxes.
If you have any unfortunate news that this page should be update with, please let us know using this .

Does Dwayne Johnson Have the coronavirus?

Dwayne Johnson's mother, Ata Johnson, is still alive and kicking at the age of 73.

Dwayne Johnson first rose to fame as "The Rock," a popular wrestling personality. He then became a box-office star, appearing in films including 'The Scorpion King,' 'Hercules,' and 'The Fast and the Furious' franchise. Dwayne "The Rock" Johnson was born into a professional wrestling family in 1972. An injury ended his college football career, so he entered the ring with the Word Wrestling Federation. As "The Rock," he famously feuded with wrestler Steve Austin and won the WWF/WWE Heavyweight title numerous times. Johnson then parlayed his wrestling fame into a film career, appearing in projects like 2001's The Mummy Returns and 2010's Tooth Fairy. His reject projects include the HBO series Ballers (2015) and a trifecta of 2017 features, The Fate of the Furious, Baywatch and Jumanji: Welcome to the Jungle.
As of 2014, Johnson resides in Southwest Ranches, Florida. In recognition of his service to the Samoan people, and because he is a descendant of Samoan chiefs, Johnson had the noble title of Seiuli bestowed upon him by Malietoa Tanumafili II during his visit there in July 2004. He received a partial Samoan pe'a tattoo on his left side in 2003, and in 2017 had the small "brahma bull" tattoo on his right arm covered with a larger half-sleeve tattoo of a bull's skull.

Johnson married Dany Garcia on May 3, 1997. Their daughter, Simone, was born on August 14, 2001. On June 1, 2007, they announced they were splitting up amicably. Soon after the divorce, Johnson began dating Lauren Hashian, the daughter of the late Boston drummer Sib Hashian. They first met in 2006 while Johnson was filming The Game Plan. Their first child, daughter Jasmine, was born on December 16, 2015. In December 2017, Johnson announced he and Hashian are expecting their second child, a girl.