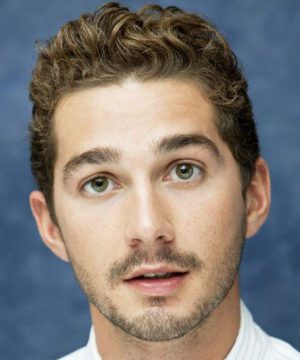 Shia is alive and kicking and is currently 35 years old.
Please ignore rumors and hoaxes.
If you have any unfortunate news that this page should be update with, please let us know using this .

Does Shia LaBeouf Have the coronavirus?

Shia Saide LaBeouf is an American actor, performance artist, and filmmaker. He became known among younger audiences as Louis Stevens in the Disney Channel series Even Stevens, a role for which LaBeouf received a Young Artist Award nomination in 2001 and won a Daytime Emmy Award in 2003. He made his film debut in The Christmas Path. In 2004, he made his directorial debut with the short film Let's Love Hate and later directed a short film titled Maniac (2011), starring American rappers Cage and Kid Cudi.
In 2007, LaBeouf starred in the commercially successful films Disturbia and Surf's Up. The same year he was cast in Michael Bay's science fiction film Transformers as Sam Witwicky, the main protagonist of the series. Transformers was a box office success and one of the highest-grossing films of 2007. LaBeouf later appeared in its sequels Transformers: Revenge of the Fallen (2009) and Transformers: Dark of the Moon (2011), both also box office successes. In 2008, he played Henry "Mutt Williams" Jones III in Indiana Jones and the Kingdom of the Crystal Skull.

He met his co-star and later girlfriend, English actress Mia Goth while filming Nymphomaniac in 2012. On October 10, 2016, LaBeouf and Goth appeared to get married in a Las Vegas ceremony officiated by an Elvis impersonator. Two days later, a local official said that the pair was not legally married, but instead a commitment ceremony was performed. Later that month, LaBeouf confirmed their nuptials on The Ellen DeGeneres Show. In September 2018, it was announced the couple had separated and filed for divorce.
In early 2014, LaBeouf began collaborating with British artist and author of The Metamodernist Manifesto, Luke Turner, and Finnish artist Nastja Säde Rönkkö, embarking on a series of actions described by Dazed as "a multi-platform meditation on celebrity and vulnerability". Since then, LaBeouf, Rönkkö & Turner have engaged in numerous high-profile performance art projects, including #IAMSORRY (2014), #ALLMYMOVIES (2015), #TOUCHMYSOUL (2015), #TAKEMEANYWHERE (2016), and HEWILLNOTDIVIDE.US (2017–ongoing).