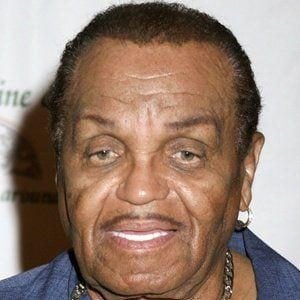 Joseph Walter "Joe" Jackson is a talent manager and is the patriarch of the Jackson family of entertainers which includes the artists Janet Jackson and Michael Jackson.
On July 27, 2015, Jackson was rushed into a hospital after a stroke and heart arrhythmia while celebrating his 87th birthday in Brazil. He was not stable enough to fly out of the country for further treatment until two weeks later. Upon his arrival to Los Angeles, California on August 11, he was treated at the Cedars-Sinai Medical Center to correct his blurred vision following the stroke.

On June 22, 2018, TMZ reported that Jackson was hospitalized in Las Vegas in the final stages of terminal pancreatic cancer. He died at a hospice in Las Vegas on June 27 at the age of 89, two days after his son Michael's ninth death anniversary and less than a month before his 90th birthday. He was surrounded by his wife and his other children.