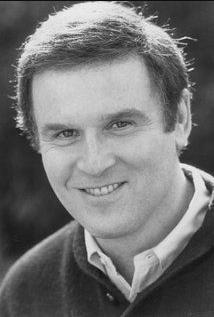 Charles is alive and kicking and is currently 87 years old.
Please ignore rumors and hoaxes.
If you have any unfortunate news that this page should be update with, please let us know using this .

Does Charles Grodin Have the coronavirus?

Is Charles Grodin's father, Theodore I. Grodin, dead or alive?

Theodore I. Grodin's information is not available now.

Charles Grodin is an American actor, comedian, author, and former cable talk show host. Grodin began his acting career in the 1960s appearing in TV serials including The Virginian. He had a small part as an obstetrician in Roman Polanski's Rosemary's Baby in 1968. In the 1970s he moved into film acting, including playing the lead in The Heartbreak Kid (1972) and supporting roles in Catch-22 (1970) and Heaven Can Wait (1978). He became a familiar face as a supporting actor in many Hollywood comedies of the era, including Real Life (1979), Seems Like Old Times (1980), The Incredible Shrinking Woman (1981), The Great Muppet Caper (1981), The Woman in Red (1984), The Lonely Guy (1984), Ishtar (1987), The Couch Trip (1988), Taking Care of Business (1990), and Dave (1993).
Grodin was born in Pittsburgh, Pennsylvania, to Orthodox Jewish parents, Lena (née Singer), who worked in the family store and volunteered for disabled veterans, and Theodore I. Grodin, who sold wholesale supplies. His maternal grandfather was an immigrant from Russia who "came from a long line of rabbis" and moved to Pittsburgh at the turn of the 20th century. Grodin has an older brother, Jack.