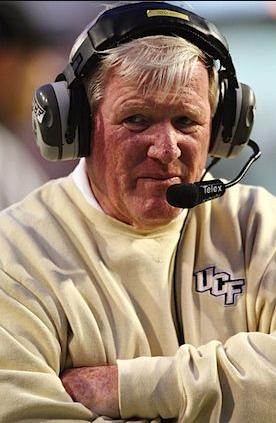 George is alive and kicking and is currently 76 years old.
Please ignore rumors and hoaxes.
If you have any unfortunate news that this page should be update with, please let us know using this .

George Joseph O'Leary (born August 17, 1946) is a former American football coach and college athletics administrator. He served as the head football coach of the Georgia Tech Yellow Jackets from 1994 to 2001 and the UCF Knights from 2004 to 2015. O'Leary previously was an assistant coach for the Minnesota Vikings of the National Football League (NFL) from 2002 to 2004, and an assistant coach for the Syracuse Orange and San Diego Chargers.