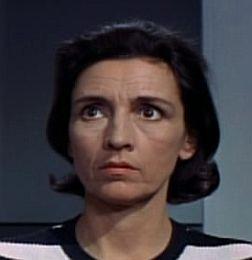 Rosalie Crutchley (4 January 1920 – 28 July 1997) was an English actress. Trained at the Royal Academy of Music, Crutchley was known for her television performances, but had a long and successful career in theatre and films, making her stage début at least as early as 1932 and her screen début in 1947. She continued to act for the rest of her life..