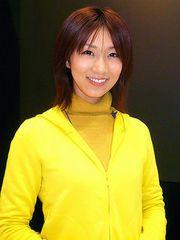 Tomoko passed away on June 9, 2011 at the age of 40 in Tokyo, Japan. Tomoko's cause of death was ovarian cancer.

Tomoko Kawakami (川上 とも子, Kawakami Tomoko, April 25, 1970 – June 9, 2011) was a Japanese voice actress from Tokyo. Having graduated from the Toho Gakuen College of Drama and Music, she was affiliated with Production Baobab at the time of her death.