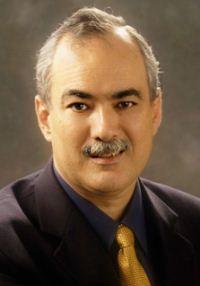 Walid is alive and kicking and is currently 62 years old.
Please ignore rumors and hoaxes.
If you have any unfortunate news that this page should be update with, please let us know using this .

Does Walid Shoebat Have the coronavirus?

Walid Shoebat (Arabic: ?) is a Jordanian immigrant to the United States. He was born to a Jordanian father and American mother, and claims to be a former PLO militant. A self declared "onetime Muslim who converted to Christianity," Shoebat came to public attention by becoming an ardent critic of Islam, and supporter of Israel.
In 2004 and again in 2006, Shoebat was denied entrance to Canada on security grounds due to his self-described affiliation with the Palestinian Liberation Organization. He had been scheduled to speak in Ottawa at an event organized by the Simon Wiesenthal Center; Zachariah Anani spoke in Shoebat's place.

After the September 11 attacks in 2001, Shoebat claims that he became an active advocate against Islamism and a strong supporter of the State of Israel. Shoebat is the founder of the Walid Shoebat Foundation, an organization that claims to "fight for the Jewish people". He is sometimes paid for his appearances and solicits donations for the foundation. He says he formed the foundation to educate Americans as to why the US should support Israel. Shoebat has said that he believes "in a Greater Israel that includes Judea and Samaria, and by this I mean a Jewish state". He regards the Gaza Strip as Jewish by right and believes Israel should retake the territory saying, "If a Jew has no right to Gaza, then he has no right to Jaffa or Haifa either." He advocates that Israel deport anyone who denies its right to exist, "even if they were born there".
Shoebat argues that parallels exist between radical Islam and Nazism. He says, "Secular dogma like Nazism is less dangerous than Islamofascism that we see today ... because Islamofascism has a religious twist to it; it says 'God the Almighty ordered you to do this' ... It is trying to grow itself in fifty-five Muslim states. So potentially, you could have a success rate of several Nazi Germanys, if these people get their way."