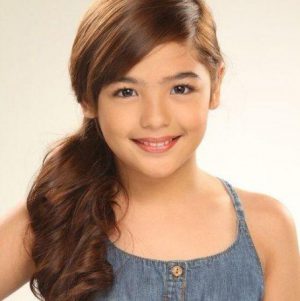 Anndrew Blythe is alive and kicking and is currently 19 years old.
Please ignore rumors and hoaxes.
If you have any unfortunate news that this page should be update with, please let us know using this .

Does Andrea Brillantes Have the coronavirus?

Andrea Brillantes is a Filipino actress who was born on March 12, 2003 as Anndrew Blythe Daguio Gorostiza. She is best known for playing the title character in the 2013 primetime series Annaliza. She also appeared in the television series including E-Boy and Alyna, and played various other roles.
Brillantes' first television appearance was in the children's comedy show Goin' Bulilit. She later appeared in the 2010 ABS-CBN drama series Alyna, where she played Sofia Alvaro, a young girl who is the lost daughter of Alyna (Shaina Magdayao). In 2012, she appeared on E-Boy as Princess, a boyish girl who believed in fairy tales. She made guest appearances in Wansapanataym and other shows from TV5. In 2013, she made her first big break by playing the main role in the family drama series Annaliza.

She portrayed Annaliza, a girl who faced numerous trials under her foster parents. The show debuted on May 27, 2013, and ended on March 21, 2014. In 2014, she starred in Hawak Kamay as Lorry Magpantay-Agustin. In 2015, Brillantes starred in the remake version of Pangako Sa 'Yo as Lia Buenavista.