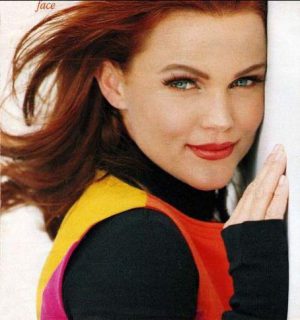 Belinda is alive and kicking and is currently 63 years old.
Please ignore rumors and hoaxes.
If you have any unfortunate news that this page should be update with, please let us know using this .

Does Belinda Carlisle Have the coronavirus?

Belinda Jo Carlisle is an American singer who gained worldwide fame as the lead vocalist of The Go-Go's, one of the most successful all-female bands of all time. The group sold more than seven million albums in just three years and she later went on to have a successful solo career with hits such as "Mad About You", "I Get Weak", "Circle in the Sand", "Leave a Light On" and "Heaven Is a Place on Earth", among others, which were major successes in the United States and the United Kingdom as well as internationally.
In 1986, Carlisle married political operative and film producer Morgan Mason, son of actor James Mason. He made appearances in Carlisle's music videos "Mad About You" and "Heaven Is a Place on Earth". They have one son, James Duke Mason, who was born in 1992. After the 1994 Northridge earthquake, Carlisle and her family moved to Europe, settling in the south of France. Carlisle and her husband lived between Fréjus, a commune in Southern France, and the United States. In 2017, the couple moved to Bangkok, Thailand.

During the initial stages of her tenure with the Go-Go's, Carlisle developed a serious addiction to cocaine and alcohol that would span thirty years. Simultaneously, she had also developed an eating disorder, which she said stemmed from media comments regarding her appearance; Carlisle's excessive cocaine use helped keep her weight down. Additionally, Carlisle admitted to using LSD, quaaludes, and MDA regularly as both a teenager and adult. In a 2017 interview, she told The Guardian that she "couldn't believe she wasn't dead."
After a three-day-long cocaine binge in 2005, Carlisle says she looked at herself in the mirror and "didn't see a light or a soul" in her eyes: "I just thought, ‘I know I don’t look like myself anymore.'" The same morning, she had an auditory hallucination telling her she would be found dead in a hotel room if she did not stop using drugs. The incident jarred Carlisle into seeking sobriety, and she says she has been sober since 2005.