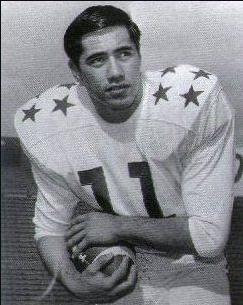 Charlie passed away on June 3, 2010 at the age of 64 in Los Gatos, California. Charlie's cause of death was pneumonia, a complication caused by a recent surgery.

Charlie Wedemeyer (February 19, 1946 – June 3, 2010) was a high school teacher and football coach, famous for continuing to teach and coach football at Los Gatos High School after being diagnosed with Lou Gehrig’s disease. He was the subject of a PBS documentary and a made-for-TV movie.BiographyWedemeyer was the last of nine children born to Bill and Ruth Wedemeyer. He was born in Honolulu, Hawaii. He was a high school athlete and was quarterback of the Punahou School football team. He was named Hawaii Prep Athlete of the 1960s. After his graduation from Punahou in 1965 he attended Michigan State University where he played for coach Duffy Daugherty. Charlie graduated from Michigan State in 1969 and obtained a master's degree from Central Michigan University.In 1978, while he was the head football coach at Los Gatos High School, he was diagnosed with amyotrophic lateral sclerosis. The disease took a toll on his body and, at his death, he could only move his eyes, eyebrows and lips.The PBS documentary about the Wedemeyers, One More Season, won an Emmy Award. Michael Nouri portrayed Charlie in the 1988 made-for-TV movie Quiet Victory: The Charlie Wedemeyer Story filmed at Stratford High School in Goose Creek, South Carolina. Wedemeyer and his wife, Lucy, penned his autobiography titled Charlie's Victory with Gregg Lewis.Wedemeyer died on June 3, 2010, from pneumonia, a complication caused by a recent surgery. He was the younger brother of Herman Wedemeyer, the actor who played Duke on the CBS television series Hawaii Five-O.