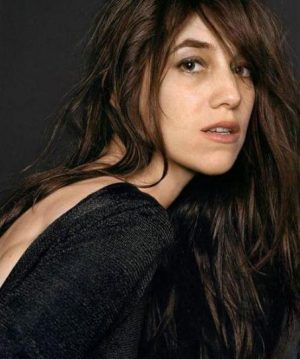 Charlotte is alive and kicking and is currently 50 years old.
Please ignore rumors and hoaxes.
If you have any unfortunate news that this page should be update with, please let us know using this .

Does Charlotte Gainsbourg Have the coronavirus?

Charlotte Gainsbourg's father, Serge Gainsbourg, died on March 2, 1991 as he was 62 years old. His cause of death was heart attack.

Charlotte Gainsbourg's mother, Jane Birkin, is still alive and kicking at the age of 75. She is English and has had a career as a actress.

One of the more compelling French actresses of her generation, Charlotte Gainsbourg initially made her screen name parlaying wayward adolescence into an understated art form. Tall, long-necked, and elegantly gawky, Gainsbourg first impressed critics and audiences with her portrayal of the naive but rebellious protagonist of L'Effrontée, earning a César for Most Promising Young Actress.The daughter of French singer/songwriter/occasional actor and director Serge Gainsbourg and English actress Jane Birkin, Gainsbourg was born into substantial celebrity in London on July 22, 1971. Initially keen on being either an artist or a surgeon, she made her film debut playing Catherine Deneuve's daughter in the 1984 Paroles et Musique. That same year, she courted notoriety when she starred alongside her ever-irascible father in his controversial "Lemon Incest" music video, which featured the two cuddling on a bed surrounded by feathers. More salubrious attention came the young actress' way the following year, when she earned a César for her performance in Claude Miller's L'Effrontée.After another stint acting alongside her father in his poorly received Charlotte Forever, Gainsbourg again collaborated with director Miller for La Petite Voleuse (1988), portraying a sullen teenager experimenting with sex and various illegal pursuits. She reprised her rebellious teen role for Merci La Vie (1991), a black comedy that cast her and Anouk Grinberg as two young women on a rampage against men and just about whomever else crosses their path. Gainsbourg got an opportunity to broaden her range with Jacques Doillon's Amoureuse (1992), an ensemble piece about a group of young women who come together to discuss life and love, and her uncle Andrew Birkin's The Cement Garden (1994), a drama about extreme familial dysfunction that was the actress' first English language outing.Gainsbourg made her second English film in 1996, starring as the eponymous heroine of Franco Zeffirelli's adaptation of Charlotte Bronte's Jane Eyre. Although the film, which also starred William Hurt, received very mixed reviews, it did succeed in introducing Gainsbourg to a wider international audience. She further enhanced her good reputation when she won her second César -- this time for Best Supporting Actress -- in 2000 for her work in La Bûche (1999), a comedy that cast her as an ambitious businesswoman who takes up with a mysterious man lodging at her father's house.Gainsbourg remained busy throughout the mid-2000s and enjoyed success as a supporting actress in several highly acclaimed films (21 Grams, The Science of Sleep, Happily Ever After, and Lemming, to name a few). In 2006 she acted and directed the historical drama Golden Door, and co-starred in the award-winning drama The City of Your Final Destination in 2008. The actress portrayed a stay-at-home mother in The Tree (2010), a poignant psychological drama from director Julie Bertucelli, and took on yet another supporting role in 2011's Melancholia.