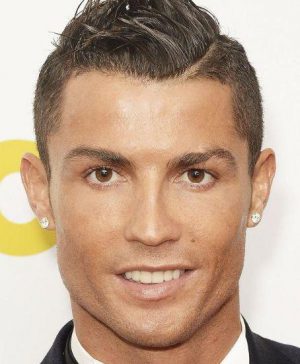 Cristiano is alive and kicking and is currently 37 years old.
Please ignore rumors and hoaxes.
If you have any unfortunate news that this page should be update with, please let us know using this .

Does Cristiano Ronaldo Have the coronavirus?

Cristiano Ronaldo, in full Cristiano Ronaldo dos Santos Aveiro, (born February 5, 1985, Funchal, Madeira, Portugal), Portuguese football (soccer) forward who was one of the greatest players of his generation.
Ronaldo’s father, José Dinis Aveiro, was the equipment manager for the local club Andorinha. (The name Ronaldo was added to Cristiano’s name in honour of his father’s favourite movie actor, Ronald Reagan, who was U.S. president at the time of Cristiano’s birth.) At age 15 Ronaldo was diagnosed with a heart condition that necessitated surgery, but he was sidelined only briefly and made a full recovery. He first played for Clube Desportivo Nacional of Madeira and then transferred to Sporting Clube de Portugal (known as Sporting Lisbon), where he played for that club’s various youth teams before making his debut on Sporting’s first team in 2002.

Ronaldo's father, José Dinis Aveiro, died of an alcoholism-related liver condition at age 52 in September 2005 when Ronaldo was 20. Ronaldo has said that he does not drink alcohol, and he received libel damages over a Daily Mirror article that reported him drinking heavily in a nightclub while recovering from an injury in July 2008.
"In football I don't have a lot of friends. People I really trust? Not many. Most of the time I'm alone. I consider myself an isolated person." –During the filming of his authorized biography, Ronaldo admitted to often preferring solitude while working, attributing it to his autonomous way of living.
Ronaldo was in a relationship with Russian model Irina Shayk from 2010–2015. Ronaldo became father to a son in June 2010. Ronaldo announced that he had full custody. Ronaldo has never publicly revealed the identity of his son's mother. In June 2017, Ronaldo confirmed on Facebook that he had become the father to twins. Five months later, his girlfriend Georgina Rodriguez gave birth to their daughter.
Ronaldo is known as a fashion icon, and is a lucrative spokesperson sought after by clothing designers, health and fitness specialists, fashion magazines, perfume and cosmetics manufacturers, hair stylists, exercise promoters, and spa and recreation companies. One example is a line of fragrances called Legacy.
He opened his first fashion boutique under the name "CR7" (his initials and shirt number) on the island of Madeira, Portugal in 2006. Ronaldo expanded his business with a second clothes boutique in Lisbon in 2008.
In partnership with Scandinavian manufacturer JBS Textile Group and the New York fashion designer Richard Chai, Ronaldo co-designed a range of underwear and sock line, released in November 2013. He later expanded his CR7 fashion brand by launching a line of premium shirts and shoes by July 2014. In June 2015, Ronaldo announced that he would be releasing his own fragrance by the end of the year, in a partnership with Eden Parfums.