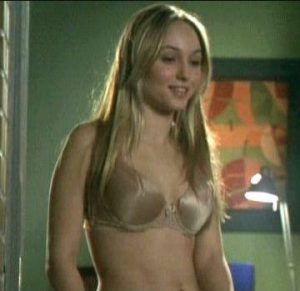 Danielle is alive and kicking and is currently 50 years old.
Please ignore rumors and hoaxes.
If you have any unfortunate news that this page should be update with, please let us know using this .

Danielle Hoover (April 2, 1973) is an American television and film actress. She is known for playing on NBC's The Rerun Show. Hoover has also appeared on Rude Awakening, House of Cards and in films such as Alien Arsenal (1999), and Nice Guy (1999). Commercials for Ortho and Kellog's.