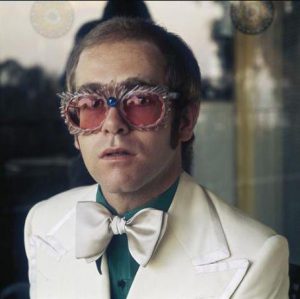 Elton is alive and kicking and is currently 75 years old.
Please ignore rumors and hoaxes.
If you have any unfortunate news that this page should be update with, please let us know using this .

Does Elton John Have the coronavirus?

Sir Elton Hercules John, is an English singer, pianist, and composer. He has worked with lyricist Bernie Taupin as his songwriting partner since 1967; they have collaborated on more than 30 albums to date. In his five-decade career Elton John has sold more than 300million records, making him one of the best-selling music artists in the world. He has more than fifty Top 40 hits, including seven consecutive No. 1 US albums, 58 Billboard Top 40 singles, 27 Top 10, four No. 2 and nine No. 1. For 31 consecutive years he had at least one song in the Billboard Hot 100. His tribute single, re-penned in dedication to the late Princess Diana, "Candle in the Wind 1997" sold over 33million copies worldwide and is the best-selling single in the history of the UK and US singles charts. He has also composed music, produced records, and has occasionally acted in films. John owned Watford Football Club from 1976 to 1987, and 1997 to 2002. He is an honorary Life President of the club, and in 2014 had a stand named after him at the club's home stadium.
In the late 1960s, Elton John was engaged to be married to his first lover, secretary Linda Woodrow, who is mentioned in the song "Someone Saved My Life Tonight". He married German recording engineer Renate Blauel on 14 February 1984, in Darling Point, Sydney, with speculation that the marriage was a cover for his homosexuality. John came out as bisexual in a 1976 interview with Rolling Stone, but after his divorce from Blauel in 1988, he told the magazine in 1992 that he was "quite comfortable about being gay."

In 1993, he began a relationship with David Furnish, a former advertising executive and now filmmaker originally from Toronto. On 21 December 2005 (the day the Civil Partnership Act came into force), John and Furnish were amongst the first couples to form a civil partnership in the United Kingdom, which was held at the Windsor Guildhall. After gay marriage became legal in England in March 2014, John and Furnish married in Windsor, Berkshire, on 21 December 2014, the ninth anniversary of their civil partnership. They have two sons. Their oldest, Zachary Jackson Levon Furnish-John, was born to a surrogate mother on 25 December 2010 in California. Their younger son, Elijah Joseph Daniel Furnish-John, was born on 11 January 2013 to the same surrogate mother. John also has ten godchildren, including Sean Lennon, David and Victoria Beckham's sons Brooklyn and Romeo, Elizabeth Hurley's son Damian Hurley, and the daughter of Seymour Stein.
By 1975, the pressures of stardom had begun to take a serious toll on him. During "Elton Week" in Los Angeles that year, he had a cocaine overdose. He also developed the eating disorder bulimia. In a CNN interview with Larry King in 2002, King asked if John knew of Diana, Princess of Wales' eating disorder. John replied, "Yes, I did. We were both bulimic."
On 22 April 2017, he was discharged from hospital after two nights of intensive care for contracting "a harmful and unusual" bacterial infection during his return flight home from a South American tour in Santiago, Chile and was forced to cancel all of his shows scheduled for April and May 2017.