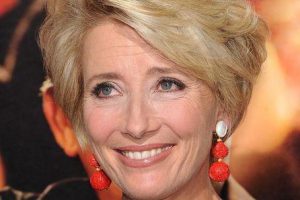 Emma is alive and kicking and is currently 63 years old.
Please ignore rumors and hoaxes.
If you have any unfortunate news that this page should be update with, please let us know using this .

Does Emma Thompson Have the coronavirus?

Emma Thompson's mother, Phyllida Law, is still alive and kicking at the age of 90. She is Scottish and has had a career as a actress.

Emma Thompson is a British actress, activist, author, comedian and screenwriter. Born in London to English actor, Eric Thompson, and Scottish actress, Phyllida Law, Thompson was educated at Newnham College, University of Cambridge, where she became a member of the Footlights troupe. After appearing in several comedy programmes, she first came to prominence in 1987, in two BBC TV series, Tutti Frutti and Fortunes of War, winning the BAFTA TV Award for Best Actress for her work in both series. Thompson's first film role came in the 1989 romantic comedy, The Tall Guy, and in the early 1990s she frequently collaborated with her then husband, actor, and director, Kenneth Branagh. The pair became popular in the British media, and co-starred in several films including: Dead Again and Much Ado About Nothing (1993).
Thompson's first husband was the actor and director Kenneth Branagh, whom she met in 1987 while filming the television series Fortunes of War. The couple married in 1989 and proceeded to appear in several films together, with Branagh often casting her in his own productions. Dubbed a "golden couple" by the British media, the relationship received considerable press interest. The pair attempted to keep their relationship private, refusing to be interviewed or photographed together. In September 1995, Thompson and Branagh announced that they had separated; their statement to the press blamed their work schedules, but it later emerged that he had fallen in love with actress Helena Bonham Carter.

Thompson was living alone as the relationship with Branagh deteriorated, and entered into clinical depression. While filming Sense and Sensibility in 1995, she began a relationship with her co-star Greg Wise. Commenting on how she was able to overcome her depression, she told BBC Radio Four, "Work saved me and Greg saved me. He picked up the pieces and put them together again." The couple had a daughter, Gaia, a pregnancy that was achieved through IVF treatment when Thompson was 39.
In 2003, Thompson and Wise were married in Dunoon. The family's permanent residence is in West Hampstead, London, on the same road as her childhood home. Also in 2003, Thompson and her husband informally adopted a Rwandan orphan and former child soldier named Tindyebwa Agaba. They met at a Refugee Council event when he was 16, and she invited him to spend Christmas at their home. "Slowly", Thompson has commented, "he became a sort of permanent fixture, came on holiday to Scotland with us, became part of the family." Agaba became a British citizen in 2009.