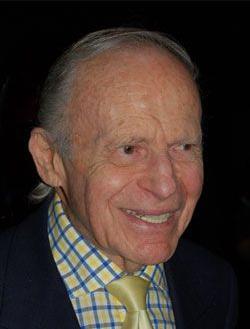 Ervin Drake (April 3, 1919 – January 15, 2015), birth name was Irving Maurice Druckman, was an American songwriter whose works include such American Songbook standards as "I Believe" and "It Was a Very Good Year". He wrote in a variety of styles and his work has been recorded by musicians around the world. In 1983, he was inducted into the Songwriters Hall of Fame.