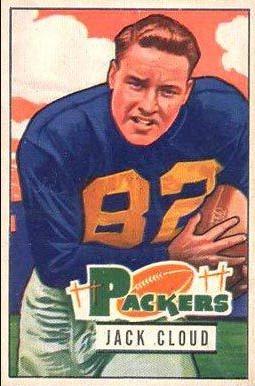 Jack Martin Cloud (January 1, 1925 – June 19, 2010) was an American football linebacker and fullback in the National Football League for the Green Bay Packers and the Washington Redskins. He was inducted into the Virginia Sports Hall of Fame in 1984 and the College Football Hall of Fame in 1990.