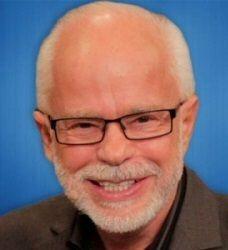 Jim is alive and kicking and is currently 83 years old.
Please ignore rumors and hoaxes.
If you have any unfortunate news that this page should be update with, please let us know using this .

James Orsen "Jim" Bakker (pronounced "Baker"; born January 2, 1940) is an American televangelist, a former Assemblies of God minister and a former host (with his then-wife Tammy Faye Bakker) of The PTL Club, a popular evangelical Christian television program.
James Orsen Bakker was born in Muskegon, Michigan, the son of Raleigh Bakker and Furnia Lynette "Furn" Irwin. Bakker attended North Central University (a Bible college affiliated with the Assemblies of God in Minneapolis), where he met fellow student Tammy Faye LaValley in 1960. He worked at a restaurant in the Young-Quinlan department store in Minneapolis; Tammy Faye worked at the Three Sisters, a nearby boutique.

Jerry Falwell called Bakker a liar, an embezzler, a sexual deviant, and "the greatest scab and cancer on the face of Christianity in 2,000 years of church history." In 1988, Falwell said that the Bakker scandal had "strengthened broadcast evangelism and made Christianity stronger, more mature and more committed." Ed Brayton called Bakker a false prophet in an article on the Patheos website, and Geoffrey Grider called him a false teacher on the Now The End Begins website. On CNN, Jimmy Swaggart told Larry King that Bakker was a "cancer in the body of Christ". On the Stand in the Gap Today radio program, Pennsylvania Pastors Network president Sam Rohrer criticized Bakker's civil-war prediction. His doomsday food was also labeled as overpriced. His PTL scandal was also compared to the 2017 Harvey Weinstein sexual abuse allegations. His TV show also received criticism as a "spiritual abuse", and critics stated that it has "no business" being on TV screens.