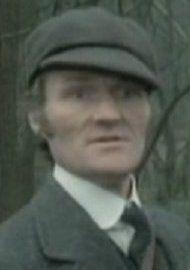 John J. Carney passed away on February 24, 1995 at the age of 54 in London, United Kingdom. John J. Carney's cause of death was cancer.

John J. Carney (25 August 1940 – 24 February 1995) was a British actor.
John J. Carney was born on August 25, 1940 in London, England. He was an actor, known for A Clockwork Orange (1971), Top Secret! (1984) and Hamlet (1969). Hamlet is a 1969 British film adaptation of Shakespeare's play Hamlet, starring Nicol Williamson as Prince Hamlet. It was directed by Tony Richardson and based on his own stage production at the Roundhouse theater in London.

A Clockwork Orange is a 1971 dystopian crime film adapted, produced, and directed by Stanley Kubrick, based on Anthony Burgess's 1962 novel of the same name. It employs disturbing, violent images to comment on psychiatry, juvenile delinquency, youth gangs, and other social, political, and economic subjects in a dystopian near-future Britain.
He had to retire from acting in 1985 because of a serious illness. He died on February 24, 1995 in London.