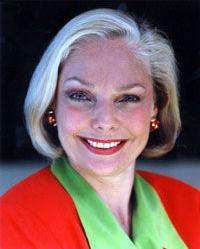 Judy passed away on November 25, 2011 at the age of 76 in Gladwyne Montgomery County Pennsylvania, USA.

Judy Lewis's father, Clark Gable, died on November 16, 1960 as he was 59 years old. His cause of death was heart failure.

Judy Lewis's mother, Loretta Young, died on August 12, 2000 as she was 87 years old. Her cause of death was ovarian cancer.

Judy Lewis was an American actress, writer, producer, and therapist. She was the secret biological daughter of actor Clark Gable and actress Loretta Young.