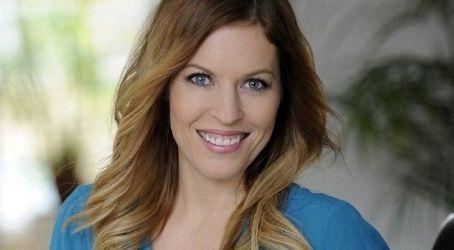 Jule is alive and kicking and is currently 46 years old.
Please ignore rumors and hoaxes.
If you have any unfortunate news that this page should be update with, please let us know using this .

Julia "Jules" Alice Gölsdorf (12. January 1976 in Würzburg) is a German television presenter , journalist and author (among other things as Dana Phillips).LifeThe daughter of the luthier Dieter Gölsdorf, the designer of Duesenberg Guitars, play the guitar international stars such as the Rolling Stones, Johnny Depp or Bob Dylan.Jule Gölsdorf completed her studies at the Fernuniversität Hagen (subjects politics and organization), which she completed with a Bachelor of Arts (BA). She worked as a trainee for NBC GIGA and joined the Dr. Buhmannschule in Hanover to become an economic assistant with the main focus on marketing and foreign languages. In 2005, she took a course in cameraacting at the Mallorca Film Academy, 2006 a seminar for synchronsprecher at Volker Gerth in Munich. In 2007, she also attended the drama school The Method Studio in London and studied management at the Fernuniversität Hagen. She learned skills in the area of ​​moderation and journalistic writing as well as actors and synchron talks. Radio and television Gölsdorf was a reporter for radio radio from 1999 to 2003 and then switched to You FM , where she worked until 2008. From 2007 to 2009 she reported as a freelancer for 1Live and Bremen four. She moderated the children's news from May 2003 to September 27, 2012 logo! In the KiKA, which were awarded the German Television Prize. From 2005 to 2009 she moderated Maintower, from 2012 - 2016 Hello Hessen for the Hessischer Rundfunk, from 2009 to 2012 the broadcast views at Radio Bremen. Since 2009 she has moderated the news at n-tv and Mein afternoon and Bingo! at the NDR.Gölsdorf had secondary roles in Forbidden Love , Messy (short film) as well as in the children's broadcast Löwenzahn. In addition, she is the author of crime fiction, which play in the Principality of Monaco.