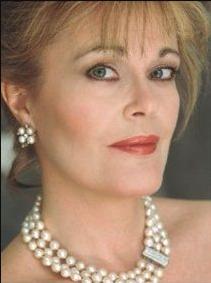 June is alive and kicking and is currently 70 years old.
Please ignore rumors and hoaxes.
If you have any unfortunate news that this page should be update with, please let us know using this .

June Anderson (born December 30, 1952) is a Grammy Award-winning American coloratura soprano. Originally known for bel canto performances of Rossini, Donizetti, and Vincenzo Bellini, she was the first non-Italian ever to win the prestigious Bellini d'Oro prize. Subsequently, she has extended her repertoire to include a wide variety of other roles, including those from the Russian repertoire and works by Richard Strauss. In 2008, Anderson was elevated to "Commandeur" of the Ordre des Arts et des Lettres by the French Government and in 2007 received a "Victoire d'honneur" at the "Victoires de la Musique Classique" in Paris.