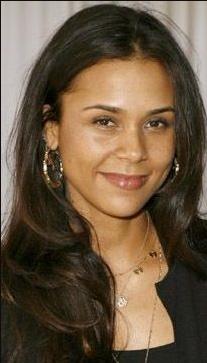 Kidada is alive and kicking and is currently 48 years old.
Please ignore rumors and hoaxes.
If you have any unfortunate news that this page should be update with, please let us know using this .

Does Kidada Jones Have the coronavirus?

Kidada Jones's father, Quincy jones, is still alive and kicking at the age of 89. He is American and has had a career as a record producer, conductor, arranger, composer, television producer, film producer, instrumentalist, magazine founder, record company executive, humanitarian, jazz trumpeter.

Kidada Jones's mother, Peggy Lipton, is still alive and kicking at the age of 75. She is American and has had a career as a actress, author.

Kidada Ann Jones is an American actress, model and fashion designer, who is best known for her work as a designer and taste leader for The Walt Disney Company, where she has a line known as Kidada for Disney Couture.
Since 2005, Jones has been working with The Walt Disney Company, designing for Kidada for Disney Couture. W magazine described this as "a line of clothing and jewelry for adults sold at boutiques" and said that Jones acts "as a conduit to hip tastemakers the brand might otherwise miss." According to Jim Calhoun, Disney's executive vice president of consumer products, North America, "Kidada is not just one of those people that points out what's cool. She has a real hand in making things cool." She also consults on Disney projects.

Jones dated rapper and actor LL Cool J from 1992 to 1994. In his book I Make My Own Rules, he says he ended their relationship because of her spiritual beliefs. "She would go to an ashram, consult a guru, and pray to statues."
Jones claimed to be engaged to rapper and actor, Tupac Shakur, prior to his death. However, no engagement ring was ever seen on her finger, and Tupac never claimed Kidada as his fiancee. She was waiting for Shakur in their Las Vegas hotel room when he was shot on September 7, 1996 and was at the hospital with Shakur when he ultimately died from his injuries six days later. She was married to Jeffrey Nash from 2003 until 2006.