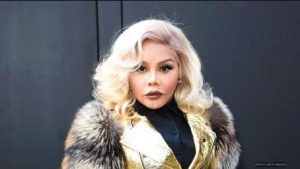 Kim is alive and kicking and is currently 47 years old.
Please ignore rumors and hoaxes.
If you have any unfortunate news that this page should be update with, please let us know using this .

Does Lil' Kim Have the coronavirus?

Kimberly Denise Jones ,known by her stage name Lil' Kim, is an American rapper, songwriter, record producer, model, and actress. She was born and raised in Brooklyn, New York, living much of her adolescent life on the streets after being expelled from home. In her teens, Jones would freestyle rap, heavily influenced by actress/singer Diana Ross, and fellow female hip-hop artists like MC Lyte and The Lady of Rage. Performing a freestyle rap for The Notorious B.I.G. got her music career start in 1995 with his group Junior M.A.F.I.A., whose debut album Conspiracy generated two top 20 singles in the United States.
In her teens, Jones began dating Shawn Powell. The pair met at the Empire Roller Skating rink in Brooklyn. After a couple of months of seeing each other, Powell was arrested for robbery and was sentenced to eight and a half years in prison. Jones and Powell continued their relationship with Jones visiting frequently and also kept in touch by writing letters to each other. The couple also became engaged while he was incarcerated. During this time was when Jones met Christopher Wallace, and with wanting to focus on starting her rap career the engagement was eventually called off and the couple split. Shortly after meeting Wallace, Jones had an on and off relationship with him up until his death in 1997.

In 2002, Jones started dating Damion "World" Hardy; the couple split in 2003. It was during this time that Jones had been a victim of physical abuse. Jones also stated how she had to have multiple nose jobs due to being punched. In 2004, Jones dated record producer Scott Storch. The two met when Storch offered Jones a ride to her hotel. The couple split after only 2 months together. In 2013, Storch revealed that he would've married Jones if the relationship had worked out. In 2007, Jones and Ray J briefly dated. On June 9, 2014, Jones gave birth to a baby girl, named Royal Reign.