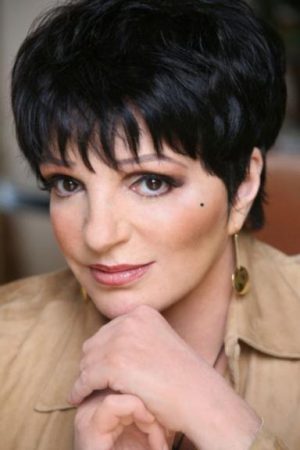 Liza is alive and kicking and is currently 76 years old.
Please ignore rumors and hoaxes.
If you have any unfortunate news that this page should be update with, please let us know using this .

Does Liza Minnelli Have the coronavirus?

Liza May Minnelli is an American actress and singer best known for her portrayal of Sally Bowles in the 1972 musical film Cabaret which won her an Academy Award for Best Actress.
Best known for her renditions of pop standards, Minnelli's early 1960s pop singles were produced to attract a young audience, and her albums from 1968 to 1977 contained much of the contemporary singer-songwriter material. In 1989, she ventured into the contemporary pop scene by collaborating with the Pet Shop Boys on the album Results. After a hiatus due to serious health problems, Minnelli returned to the concert stage in 2002 with Liza's Back and has been an acclaimed guest star in the sitcom Arrested Development between 2003 and 2013. Since the 2010s, she has avoided huge concert tours in favor of small retrospective performances.

Minnelli has married and divorced four times. Her first marriage was to entertainer Peter Allen on March 3, 1967. Australian-born Allen was Judy Garland's protégé in the mid-1960s. They divorced on July 24, 1974. Minnelli told The Advocate editor-in-chief Judy Wieder in September 1996, "I married Peter and he didn't tell me he was gay. Everyone knew but me. And I found out ... well, let me put it this way: I'll never surprise anybody coming home as long as I live. I call first!"
Minnelli has long suffered from alcoholism, and has been addicted to prescription drugs, originating from a Valium prescription after her mother died. Her use of recreational drugs in the 1970s was noted by Andy Warhol, who in a 1978 diary entry recalled Minnelli arriving at Halston's house and imploring the host to "Give me every drug you've got." Along with Warhol and Bianca Jagger, Minnelli made frequent appearances at New York City nightclubs during the late 1970s. Minnelli left her 1984 musical The Rink to enter the Betty Ford Clinic.