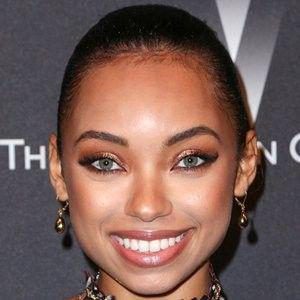 Logan is alive and kicking and is currently 33 years old.
Please ignore rumors and hoaxes.
If you have any unfortunate news that this page should be update with, please let us know using this .

Logan Laurice Browning (born June 9, 1989) is an American actress. She is best known for playing Sasha in the 2007 film Bratz: The Movie and Brianna in Meet the Browns. She currently stars as Jelena Howard on the VH1 series Hit the Floor and is in the Playstation Network series Powers as a young "Power" named Zora.