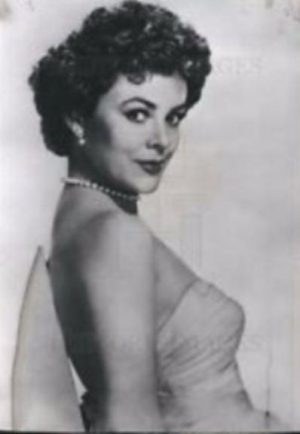 Mary Sinclair was historically significant for being the first actress to sign a seven-year contract with a television studio. In 1951 she signed with CBS and became a staple in an emerging genre, the one-hour television drama. She regularly appeared on the most popular programs such as The U.S. Steel Hour, and Playhouse 90. Her performances in Wuthering Heights, with Charlton Heston, The Scarlet Letter, and Little Women paved the way for strong women characters in television. Mary SInclair began her career as a model. With a desire for more, Sinclair moved to New York City in 1944. This is where she met her future husband, Broadway producer 'George Abbot'. The catalyst of her career as an actress, however, was a chance encounter with CBS chairman of the board 'William S. Paley'. This encounter eventually resulted in the history-making contract, which lead to her stardom. A divorce from Abbot soon followed. Sinclair continued working in television and theater through the 1950s. She received an Emmy nomination for Best Actress in 1951, and appeared in the western Arrowhead (1953) with Charlton Heston and Jack Palance.She retired from the spotlight in the 1960s. She decided to move to Europe and began painting. She studied and lived in Italy and France. During the early '70s, Sinclair relocated to Los Angeles, where she became active in local theater. Retiring to Arizona in her later years, she continued expressing herself with her paintings. Mary Sinclair died in Phoenix on November 5, 2000, at the age of 78. Sinclair's legacy lives on with her great niece, Krystee Clark who is a television and film actress in Los Angeles.