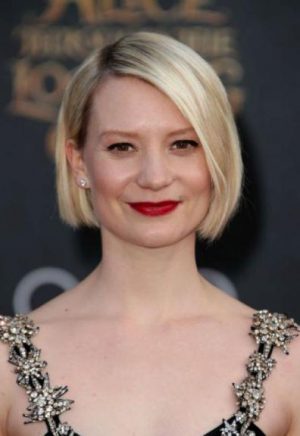 Mia is alive and kicking and is currently 32 years old.
Please ignore rumors and hoaxes.
If you have any unfortunate news that this page should be update with, please let us know using this .

Does Mia Wasikowska Have the coronavirus?

Mia Wasikowska's father, John Reid, is still alive and kicking. He is Scottish and has had a career as a producer.

Mia Lily Wasikowska is an Australian actress. She made her screen debut on the Australian television drama All Saints in 2004, followed by her feature film debut in Suburban Mayhem. She first became known to a wider audience following her critically acclaimed work on the HBO television series In Treatment and she received a nomination for the Independent Spirit Award for Best Supporting Female for That Evening Sun (2009). She gained worldwide prominence in 2010 after starring as Alice in Tim Burton's $1 billion-grossing Alice in Wonderland and appearing in the comedy-drama film The Kids Are All Right, a role for which she received the Hollywood Awards Breakthrough Actress Award.In 2011, Wasikowska portrayed the title character in Cary Fukunaga's adaptation of Jane Eyre, and starred in Gus Van Sant's drama Restless and Rodrigo Garcia's drama Albert Nobbs. She also starred in John Hillcoat's crime drama Lawless (2012), Park Chan-wook's psychological thriller Stoker (2013), Richard Ayoade's critically acclaimed black comedy thriller The Double (2013), David Cronenberg's satirical drama Maps to the Stars (2014), and Guillermo del Toro's dark fantasy Crimson Peak (2015). She has received British Independent Film Award nominations for her performances in Jane Eyre and The Double, as well as a Saturn Award nomination for Stoker and a Gotham Independent Film Award nomination for her leading performance in Tracks (2013). As a director, she received a nomination for AACTA Award for Best Direction for her work on the 2013 anthology film The Turning. Wasikowska reprised her role as Alice Kingsleigh in Alice in Wonderland's sequel, Alice Through the Looking Glass, which was released on May 27, 2016.