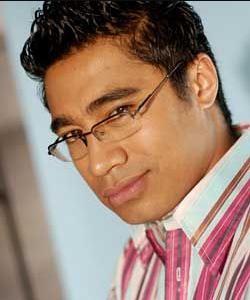 Pua Magasiva (born August 10, 1980) is a Samoan-New Zealand actor, who is best known for his roles as Shane Clarke, the Red Ranger from Power Rangers Ninja Storm, and Nurse Vinnie Kruse in New Zealand soap Shortland Street.
In 1999, he made a minor appearance on Shortland Street as Elvis Iosefa, a relative of Louie Iosefa (played by Shimpal Lelisi). Then in 2001, he landed a role in a six-part Māori language television series called Aroha. The series went on to screen at the International Film Festival in Auckland, receiving critical praise. Finally in 2003, Magasiva made the leading roles in both Power Rangers: Ninja Storm (which included a guest appearance by Robbie in one episode) and Shortland Street. He stayed on Shortland Street until 2006. By then, he played the title character in the comedy film Sione's Wedding, which starred his brother Robbie and other members of the Naked Samoans. In 2007, he appeared in the horror film 30 Days of Night. In 2009, Magasiva made guest appearances in Diplomatic Immunity and Outrageous Fortune. In 2011, he returned as Vinnie Kruse on Shortland Street.

Outside his work on television and film, Magasiva acted in theatre, including Two Days in Dream in 2003 (written by Mario Gaoa, member of the Naked Samoans, and directed by Colin Mitchell). Another play that he acted in was Sex with Strangers, which was written by Mitchell, though Two Days in Dream was well received by critics. In 2008, he co-starred with brother Robbie in the play Where We Once Belonged. Magasiva also appeared in nine Lift Plus commercials in New Zealand and also took over his brother's role as the Small Blacks TV News presenter opposite Conrad Snakey Smith. In January 2017, he helped pull a man from his burning car.