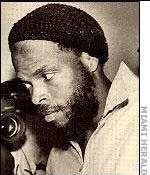 Robert is alive and kicking and is currently 67 years old.
Please ignore rumors and hoaxes.
If you have any unfortunate news that this page should be update with, please let us know using this .

Robert Earnest Rozier (born July 28, 1955) is a former American football defensive end and convicted serial killer who played in the National Football League and Canadian Football League. After leaving football, he became involved with "The Brotherhood", a Black Supremacist cult led by Yahweh ben Yahweh. He is currently serving 25 years to life on a conviction for check kiting under a third strike law.