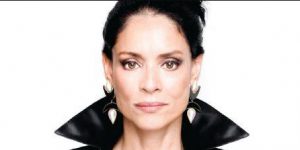 Sonia is alive and kicking and is currently 71 years old.
Please ignore rumors and hoaxes.
If you have any unfortunate news that this page should be update with, please let us know using this .

Does Sonia Braga Have the coronavirus?

Her first mainstream Hollywood movie was Kiss of the Spider Woman (1985), in the dual role of the mythical title character herself and the woman of Raul Julia's past. She then appeared with Julia in her next few films, including Paul Mazursky's Moon Over Parador (earning her a Golden Globe nomination), Clint Eastwood's The Rookie, and John Frankenheimer's The Burning Season (earning her an Emmy nomination). She hasn't always played a sexpot, however; she was firey garage owner Ruby in Robert Redford's The Milagro Beanfield War as well as the math teacher known as "the Dragon Lady" on The Cosby Show. After living in the U.S. for some time, she returned to Brazil in 1996 to star in the romantic comedy Tieta of Agreste, which she also co-produced.
The role of Tieta was a self-reflexive one, that of a mature beautiful woman returning to Brazil after several years away. In the late '90s, she worked on the miniseries Streets of Laredo, A Will of Their Own, and Four Corners. In 2001 she joined the cast of Gregory Nava's PBS series American Family as matriarch Berta. She can also be seen as Jennifer Lopez's mother in Angel Eyes and as Kim Cattrall's lover Maria on Sex and the City.