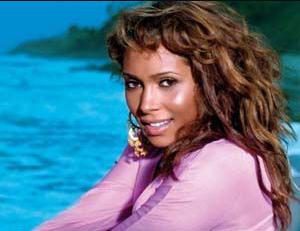 How Old Is Tamia? Tamia Birthday

Tamia is alive and kicking and is currently 47 years old.
Please ignore rumors and hoaxes.
If you have any unfortunate news that this page should be update with, please let us know using this .

Tamia Marilyn Hill (born May 9, 1975), known professionally as Tamia, is a Canadian singer-songwriter. She is best known for her first Top 40 hit on the R&B charts "You Put A Move On My Heart", her 2001 hit "Stranger in My House", Fabolous' 2003 hit "Into You" (which samples her 1998 song "So into You"), her 2006 hit "Me" and her 2012 hit "Beautiful Surprise". Tamia is married to retired NBA player Grant Hill. They have two daughters; Myla Grace and Lael Rose.
Singer Anita Baker introduced Tamia to American basketball player Grant Hill through a blind date in Detroit, Michigan in 1996. After a courtship of about three years, the pair eventually married on July 24, 1999 in a private reception in Battle Creek, Michigan. The ceremony was officiated by Rev. John H. Grant, Hill's cousin, and attended by 250 guests. The couple initially resided in Detroit, but later relocated to Orlando, Florida when Hill left the Detroit Pistons to sign with the Orlando Magic team. Their first daughter, Myla Grace, was born on January 23, 2002. A second daughter Lael Rose Hill followed on August 9, 2007.

In 2003, amid the recording of her third album More, doctors at Duke University Hospital in Durham, North Carolina diagnosed Tamia with multiple sclerosis, a demyelinating disease in which the insulating covers of nerve cells in the brain and spinal cord are damaged, after she had been suffering from mystifying bouts of fatigue and numbness in her hands, feet and legs. While the music project was indefinitely bumped from its original August 2003 schedule, the singer went into subseuqent treatment, using corticosteroids to help delay the onset of more severe symptoms. Diagnosed early, the illness has since been in remission though she has occasional but controllable symptoms.