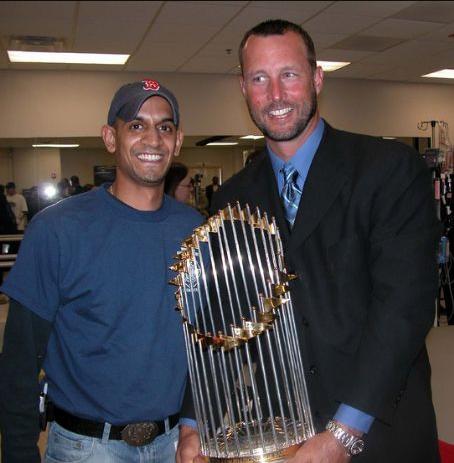 Timothy is alive and kicking and is currently 56 years old.
Please ignore rumors and hoaxes.
If you have any unfortunate news that this page should be update with, please let us know using this .

Timothy Stephen "Tim" Wakefield (born August 2, 1966) is an American former professional baseball pitcher. Wakefield began his pitching career with the Pittsburgh Pirates, but is most remembered for his 17-year tenure with the Boston Red Sox, starting in 1995 and ending with his retirement in 2012 as the longest-serving player on the team. Wakefield, at the time of his retirement, was the oldest current active player in the majors.