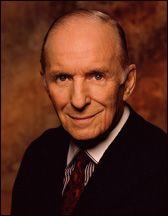 William passed away on April 29, 2005 at the age of 78 in Los Angeles, California. William's cause of death was complications from alzheimer`s disease.

William Joseph "Bill" Bell (March 6, 1927 – April 29, 2005) was an American screenwriter and television producer, best known as the creator of the soap operas Another World, The Young and the Restless and The Bold and the Beautiful.