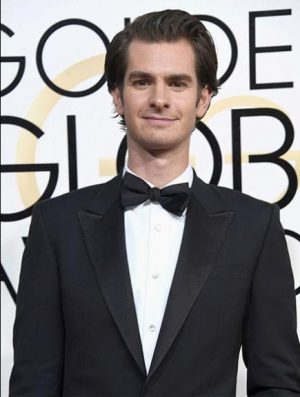 Andrew is alive and kicking and is currently 38 years old.
Please ignore rumors and hoaxes.
If you have any unfortunate news that this page should be update with, please let us know using this .

Does Andrew Garfield Have the coronavirus?

Andrew Russell Garfield is a British American actor. Born in Los Angeles and raised in Epsom, Surrey, Garfield began his career on the UK stage and in television productions. He made his feature-film debut in the 2007 ensemble drama Lions for Lambs. Garfield first came to international attention in 2010 with supporting roles in the drama films The Social Network, for which he received Golden Globe and BAFTA nominations for his portrayal of Eduardo Saverin, and Never Let Me Go, for which he received a Saturn Award and another BAFTA nomination.
On stage, Garfield has played Biff in a 2012 Broadway revival of Arthur Miller's play Death of a Salesman, which earned him a Tony Award nomination for Best Featured Actor in a Play. In 2017, he starred as Prior Walter in a production of Angels in America at the Royal National Theatre in London, a role for which he was nominated for an Olivier Award for Best Actor. He reprised the role on Broadway in 2018, for which he received the Tony Award for Best Actor in a Play.

In 2011, Garfield began dating his The Amazing Spider-Man co-star Emma Stone sometime during production of the film. In 2015, they were rumored to have broken up although no formal statement was released. When asked about his sexuality, Garfield identified himself as heterosexual but has said that he has "an openness to any impulses that may arise within me at any time".