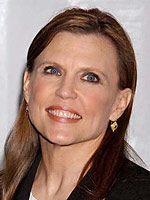 Ann Reinking (born November 10, 1949) is an American actress, dancer, and choreographer. Her extensive work in musical theatre includes starring in Broadway productions of Coco (1969), Goodtime Charley (1975), A Chorus Line (1976), Chicago (1977), Dancin' (1978) and Sweet Charity (1986). In the 1996 revival of Chicago, she reprised the role of Roxie Hart and was also the choreographer, winning the Tony Award for Best Choreography. For the 2000 West End production of Fosse, she won the Olivier Award for Best Theatre Choreographer. She has also appeared in the films All That Jazz (1979), Annie (1982), and Micki & Maude (1984).
Reinking made her professional performing debut at the age of 12 in a production of Giselle with the English Royal Ballet. Reinking moved to New York City at age 18, and danced as a member of the corps de ballet at the Radio City Music Hall, performed in the ensemble of the second national tour of Fiddler on the Roof, and at the age of 19 made her Broadway debut in the musical Cabaret.

She was a chorus dancer in Coco (1969), Wild and Wonderful (1971), and Pippin (1972). During Pippin she came to the attention of the show's director and choreographer Bob Fosse. Reinking became Fosse's protégée and romantic partner.
Reinking has been married four times, first in 1970 to Larry Small. Following their divorce, she married investment banker Herbert Allen, Jr. on August 25, 1982; they divorced in 1989. Next she was married in 1989 to businessman James Stuart, with whom she had one child, son Christopher, before their divorce in 1991. Reinking has been married since 1994 to sportswriter Peter Talbert, and is stepmother to Leslie, Christie, Herbert, and Charlie.